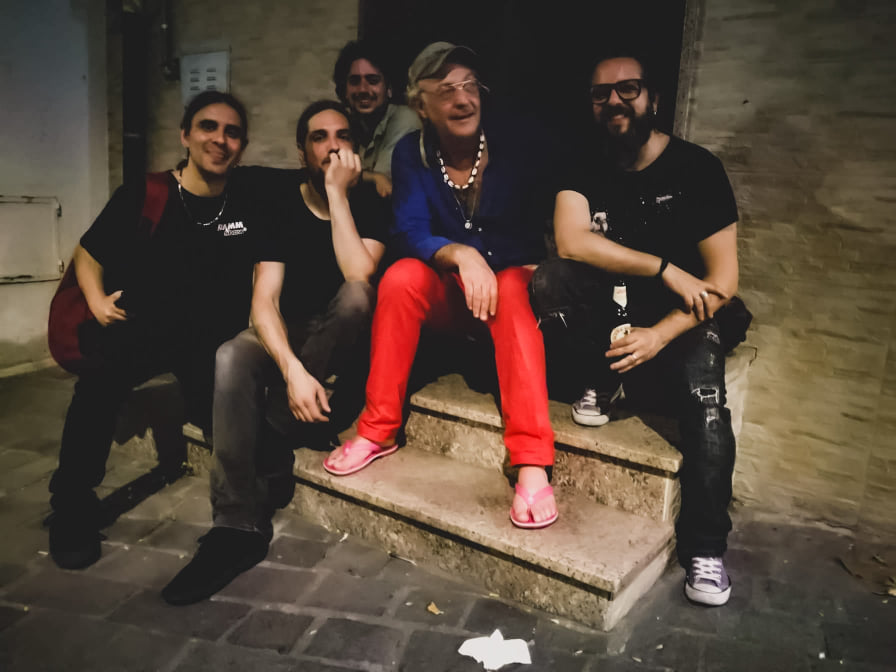 The Dream Symposium got life when Martin ‘Youth’ Glover, founding member and bass player with Killing Joke, The Fireman project along with Paul McCartney and producer of countless successful albums (Pink Floyd, The Verve, The Cranberries among others) met Emilio Sorridente, singer and guitarist who worked with Encelado, Roberto Ciotti, John ‘Twink’ Alder, Gary Lucas, and whose latest album From The Shell won the Best Art Vinyl 2017 Award for the best vinyl artwork in Italy.

In June 2019, following a collaboration culminating in a concert celebrating the incredible career of Youth, they ended up in the studio, starting to improve and recording what would become their first Space Rock album, Green Electric Muse, which will be digitally released and later on vinyl for Youth Sounds Records, produced by Youth himself.

Francesco Buffone (guitarist with The Gulps) and also Enzo De Masi and Michelangelo Nasso, bandmates of Emilio for several years also got involved in the project as well as in the live performance.