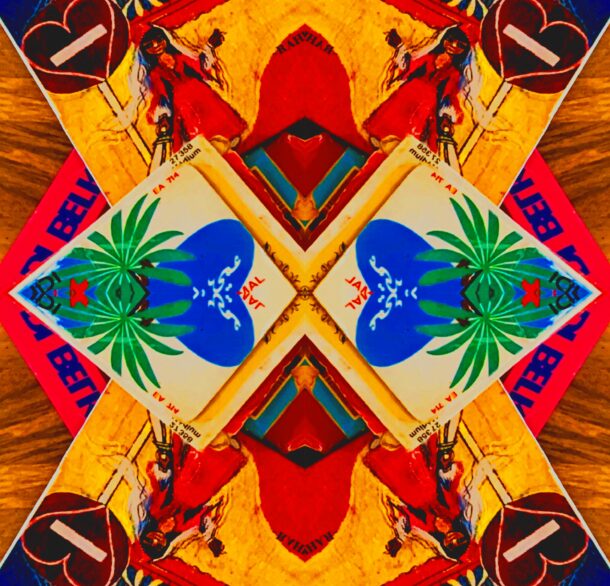 Reviewing the Ep JUMP from Youth In Africa Vol 1. (Youth Sounds, May 2020)

With a glisten of synth and a furious skitter of beats,  Jump  entrances. This new EP release JUMP by Youth ft. R’Afrika, and a range of artists encountered and worked with for his Youth in Africa Vol.  1 album project is a vital piece of street dancefloor revivalism at a time of social and cultural stasis.

The title track is a collaboration with the esteemed Congolese francophone vocalists, R’Afrika, who are known throughout Goma  as representing the high end of what’s possible in the Hiphop and dance scene, captures the past, present and future location for Hiphop, with the Afro-House, keenly neighboured by the sweetest Acidhouse on the street.

Jump itself  trips and sets an exciting trail for the future. Its scattered rhythms ensnare you and force you straight to the beat. Move from ‘gauche’, to ‘la droit’ and you will find the true direction of music as it bridges all frontiers and engenders its own form of heat.  Classic dancefloor drums howl as the vocals implores you. The relish in rap takes you over as this spiral in sound takes command. The piece moves at pace, and has true adrenalin in it. Which courses through as sensation seems to spark and bleed through each beat. Its a furious sound but one full of rapture and the accompanying video displays power and the presence of R’Afrika themed repeats. There is an urgency here, and at a time of change that’s what’s needed. A song swirl to save you and to steal  you away from the real.

Second track, Mukikunta  by Faizal Mostrixx ft. Giovanni Kiyingi, has a more traditional feel as Martin Youth Glover,  as collaborator and producer continues his journey. What sound like wooden bowls seem to raga as fluted phrases and silence interrupt sound’s ascent. With evocations of place and a series of new and ancient times reunited the specific landscape of tradition meets the contemporary gaze with real strength. From bowls to stones, and stones to sticks, to lines of vocal droning, there is an offering in this music that presses the heart and the soul on the rise. Treated flute, synth sparked lines and furious violin fuel the flurry as this second urgency speeds us ever onwards and casts its spell on the ear. We, still in place, move and rise in time to the music. There is a sense of adventure as if this were the soundtrack to some re-imagined and faintly Congolese James Bond theme. It has power and grace and represents the sheer range through the nation, as these African sound and soulscapes  colour celebratory nights and sun dreams.

Teenage Blood (Masai Mbili Mix) then bursts through with the visceral force of its title. It breaks the spiritual air with a fire that brings those who listen right to where the front line achieves force. The words twist and blind as the stated synth swirls before, before the starred beauty of Amber Glover strident female voice urges you ‘To come and get some, come and get some Teenage Blood…’ African and Congolese voices fuse in an almost sacred tongue twisting as a sound from NY, Europe and London breaks through like sun through stark rooms. Everything moves at such speed, and this is the kind of house that is crowded, not with too many people, but rather a party who those taken by it will not want to leave. The range of artists featured become Youth’s eternal chorus, a choir of sorts, celebrating the Gods of the earth, street and floor.  This is opposition as tune, beckoning all with a gem dazzled finger which brings you in and transforms you as street fed sparkles of pleasure finally stoke the sublime.

The Ep’s final  track, Monrhea’s  96AD is all darkness. Its relentless beat and sound  clatter are a Lynchian ride through the night. With a semblance of Massive Attack meets Einsturzende Neubauten, this song is a painting whose pigments run and drip night. It is the soundscape in the club at 4 O’ Clock in the morning, when the drugs have hit and the sunrise has a challenge to face that scars skin. It is an accessible track but nevertheless a contained one. A tiny black box that pulses, a negative signal flare, or dense beacon, bidding admittance and appraising you instantly. Will you dare to jump? Here is an EP sent to spur you. Across the great divide and the journey there will be moments in which music itself pumps the heart.

3 years ago in News
dubyouthYouth in africa
Comments

Next Event
Facebook
It is with regret that Suriya Recordings announce the cancellation of the Suriya and YouthSounds “Mind the Gap” festival on September 28th at Rich Mix London. Our apologies to all the artists and their fans but, due to unforeseen circumstances, we are forced to abandon the realisation of the event. Renato Roversi Suriya Recordings. ... See MoreSee Less
View on Facebook
· Share

🆕 Here's the first teaser from our upcoming alb